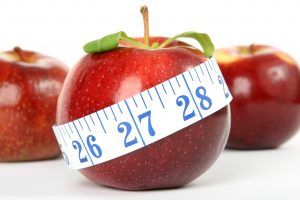 Having a smaller abdomen and waistline is important aesthetically, making you feel good about looking your best. However, there’s another reason why your waistline size is important. It’s a measure of your overall health. Abdominal fat is called visceral fat and it’s worse than other types of fat. The more you have, the more potential there is of heart disease and diabetes. It’s even more important than BMI—body mass index.

The fat around your abdomen is called visceral fat and it’s the hardest to lose. It’s also the most dangerous. While excess fat is seldom welcomed, you do need some type of fat. It’s fuel. It cushions you—sitting with no fat on your backside would hurt after a while when there’s no cushion. It also helps protect the body if you fall. But visceral fat is totally different. It accumulates around the organs, inside the body. Men tend to have it as a pot belly, women gain it in the hips and bottom, cushioning the female organs to protect potential babies.

When you burn fat, it’s a process that has two parts. First there’s the lipolysis process that’s triggered by catecholamines, a chemical in the body. The catecholamine attaches to the receptors on fat cells and that causes them to release the fatty acids—stored energy—into the blood. Second is the oxidation process where the cells take the cells from the blood and use the energy. In stage one, there are two different types of receptors for the catecholamine to attach—alpha and beta. The more beta-receptors, the easier it is for the catecholamine to attach and lipolysis to take place. The more alpha-receptors, the harder it is. Visceral fat tends to have more alpha-receptors, so they don’t release energy—fat—as easily. That’s why some areas for weight loss are more stubborn than others are.

The more weight you gain, the bigger the fat cells become.

As they become bigger, these cells tend to leak, both fatty acids and other molecules, into the liver. That’s one of the areas that help control blood sugar levels. The leaking fat cells also mess with your metabolism, too. You’ll end up with insulin spikes and valleys that can cause even more weight gain, ultimately ending in heart disease and diabetes.