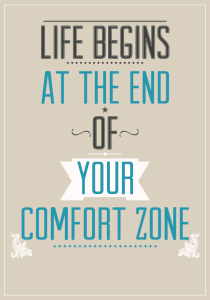 If you find yourself huffing and puffing going up the stairs, you need to find more ways to improve endurance and aerobic health. Your endurance is an indication of cardiovascular health and just as important as flexibility, strength or balance. Each one has a place when you’re getting fit and healthy. Often people run to boost their cardio, but it’s not the most effective technique and in some cases, has negative consequences. Here are sure fire ways to build endurance, while also burning calories.

Move faster through your routine.

By moving faster, I don’t mean that you should do it at the sacrifice of form. Form is everything. But taking fewer breaks between sets of exercises can give your heart a healthy workout. Some exercises are best when done slowly. However, you don’t have to take a two minute break between sets. Try to cut the down time in half and you’ll probably find yourself panting by the end of the session.

Doing the same routine will not only become boring, it also will make your body more efficient at that exercise. Efficiency spells fewer calories burned, so you won’t get the biggest boost to your weight loss efforts. Try something new every week or two. You can rotate new exercises in, learn then well and rotate them out for something different. It’s one reason why continual jogging doesn’t make it when you want to lose weight.

Add weight to your routine.

It’s interesting to see what a difference adding extra weight to your workout can do. Have you ever thought you’d just carry your groceries to the car, rather than using a cart, only to realize that not only are they heavy after a minute or two, but that you parked far further from the store than you thought. Those groceries probably were just heavy enough to make your walk far more challenging than you expected. Not only does adding weight to exercises burn calories, it also boosts your endurance level.