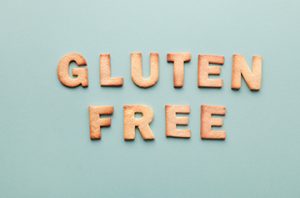 If you’re considering buying gluten-free products, just because you believe they’re healthier, you might be wasting your money and even decreasing health benefits. For instance, potato chips are naturally gluten free, but they’re not healthier than a slice of whole wheat bread, which contains gluten. Gluten is an amino acid that’s found in rye, wheat and barley. It can’t be digested and may permeate the intestinal lining. In some people, the body mistakes the gluten for an invader, which starts the immune response, which can also cause intestinal cells to be killed and set off a series of digestive issues.

Celiac disease is just one issue gluten can cause.

You don’t have to have celiac disease to have gluten intolerance. The most common symptoms of celiac disease are abdominal pain, gas, diarrhea, nausea, vomiting, bloating and constipation. Not everyone has the same symptoms, which makes it so difficult to diagnose without taking tests. Other symptoms can include cognitive impairment, depression, fatigue, migraines, anemia, dermatitis, joint pain, missed periods, osteoporosis, peripheral neuropathy and excessive weight loss.

People who are gluten intolerant may actually gain weight when giving up gluten.

Nobody wants to make it easier to gain weight, but in the case of gluten intolerance, it’s far better than being sick all the time or getting dermatitis that cause open sores all over your body. If you follow a gluten restricted diet, your body will return to normal weight slowly, but there’s also a benefit. You won’t have that bloated appearance that gluten intolerance can cause, so you potentially could look thinner and most definitely healthier.

If you believe you have gluten intolerance or celiac disease, try going gluten-free.

A gluten-free diet may actually help you lose weight if it’s well-balanced. Instead of eating baked goods, bread and other high fat, sugary, processed products, focusing on whole foods could be the key to shedding those extra pounds. Be careful, some foods that are gluten-free are still high in calories and not necessarily good for you. The key is not the gluten-free aspect, but the healthier diet.

For more information, contact us today at Reggie C. Fitness