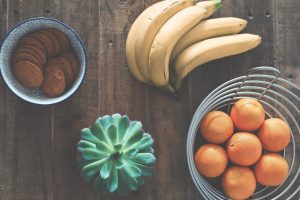 There’s a lot of discussion about whether you should workout on an empty stomach or eat a light meal or snack before you workout. One thing is certain, if you’re going to have a full meal that contains a high amount of protein, fat and carbohydrates, you’re better off eating it at least two to three hours before the workout. If eating at that time is not possible, as you get closer to the workout, make the meal lighter and simple carbs with some protein. Otherwise, you might find that you’ll have some stomach problems at the gym. Your stomach needs some of the blood for digestion, so both your workout and stomach suffer in the process.

There’s a case for no food before you workout.

Some people workout the first thing in the morning. Some of those people don’t eat, but get right to work on their exercise program. Unless they’re sleep eaters, which do exist, they probably have used a vast amount of the glycogen stores. That’s the energy source for the body. The logic for this type of food/exercising program is that because the store of glycogen is low or absent, the body will use fat as its source of food.

There are good reasons to eat before you workout.

One reason to eat is to boost your metabolism. Starving your body is never good. It slows the metabolism. One way the body identifies that it’s starving is the rapid burning of fat for energy. In order to ensure that there’s adequate energy for the brain, heart and other vital organs, the body goes into starvation mode, slowing down the amount of calories it burns. The next time you eat, instead of burning all the calories, it stores some of them as fat. That makes it harder for you to lose weight.

If you eat before a workout, you’re less likely to overeat later.

That certainly makes sense. If you aren’t starving from lack of food and a tough exercise routine, you’ll be less likely to eat everything in sight when you’ve finished your workout. One study from the journal, Appetite, showed that people who ate before a workout actually ate less and had less desire to eat than those who didn’t. If you’re working out to lose weight, a light meal beforehand or a snack might be helpful.