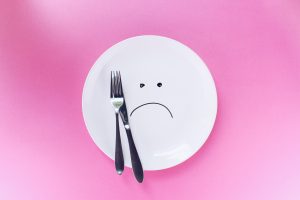 If you’ve heard about the latest miracle diet called intermittent fasting, don’t just toss the idea away as another fad. There is some scientific proof that intermittent fasting may be good for your health and also some logic that says it might be a good way to shed those extra pounds. The studies were animal studies. For a long time, scientists have known that calorie restriction could make rats stay younger longer. However, more recently they found that there was more to the story.

Mice were divided into two groups.

The results of a recent study published in the September 6, 2018 issue of Cell Metabolism, which divided lab mice into two groups. The first group had a low sugar, whole food diet, while the second group had a diet with more processed food and sugar. They then divided each group into three types of feeding patterns. One had an on demand access, where it was available around the clock. The next group was calorie restricted, with 30 percent less food given once a day. The third group received the same number of calories as the on demand group, but it was given only once a day.

So who came out healthier?

You probably would expect the healthier eaters to live longer and have less disease than those who ate sugar and refined foods, but that wasn’t where the big difference was. The scientists discovered that calorie restriction and the composition of the diet didn’t make a difference. The fasting did. Those mice in the group fed once a day, gobbled their food quickly, just as those in the group of calorie restricted did with their two meals a day. That meant they had periods where they didn’t eat, periods of fasting. Mice fed twice a day lived 11 percent longer than those in the on demand food schedule. Mice in the calorie restricted group increased their lifespan over the on demand eating group by 28 percent.

The study showed that increasing fasting times, even without calorie restriction, improved the health of male mice.

While only male mice were used in this study and not female, it does show a unique result. Scientists considered that the improvements in health and longer survival of the male mice might be due to extended fasting that allowed the body to do maintenance and repair. While the results were for male mice, there’s new research to see if it affects humans the same way. Another study on mice showed that fasting produced a molecule Beta-hydroxybutyrate, which reversed vascular aging and built more cells that lined the interior of blood vessels, which is a marker of cellular youth.

For more information, contact us today at Reggie C Fitness