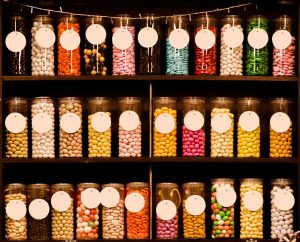 Those sweet treats and delicacies may look fantastic and taste that way, too, but they could be killing you in the process. They’re loaded with sugar and too much sugar can be dangerous to your health. That doesn’t mean you have to give them up entirely. An occasional treat won’t create lasting harm for most healthy people. However, there are dire consequences for eating food heavily laden with sugar on a regular basis. To make matters worse, sugar is in just about everything you find on the grocery shelf. It may be called corn syrup, dextrose or high fructose corn syrup, but it doesn’t make it any better for your health.

Sugar is a natural product, but no, it doesn’t mean it’s healthy. Whether it’s cane sugar, corn sugar or maple syrup sugar, it does the same thing. It increases your risk of heart disease and your risk of obesity, which is now the leading cause of preventable deaths. Too much sugar causes tooth decay, impairs the immune system and causes aging to accelerate. Think of it like this, tobacco is a natural product, but like sugar, it’s not healthy either.

But the commercial told me HFCS—high fructose corn syrup—was healthy because of its natural goodness.

Thank heaven we don’t get all our medical advice from Madison Avenue and those that make commercials or everyone would be on hundreds of medications and as round as a ball. HFCS is even worse than normal cane sugar. It’s from corn stalks and created with a chemical reaction. The end product is nothing like regular sugar chemically and far worse for your health. Like cane sugar, it goes into the blood rapidly to cause a spike of insulin, which can lead to fatty liver disease and create metabolic problems. HFCS can actually cause your appetite to increase, causing weight gain. It contributes to the risk of dementia, heart disease and damage to the stomach lining.

If you thought that fat was the evil one, think again. It’s sugar.

You probably look for fat free alternatives at the store, to avoid all the problems from fat, but you won’t be doing yourself a favor. When they take the fat out of food, they have to put something in to make it more palatable and that something is often sugar, making the food even less healthy. There’s a myth around the dangers of fat that came from a study in the 1950s that showed fat was the leading contributor to heart disease and sugar was healthy. That study was paid for by the sugar industry and later it was found that the Harvard professors that did the study were paid to come up with those exact findings. Trans fat is the only truly unhealthy fat, while fat, like that in avocados, nuts and coconuts can provide health and even weight loss benefits.

For more information, contact us today at RC Fitness